A sketch of Hôtel-Dieu de Montréal (by H. Giroux, date unknown). Founded by Jeanne Mance (co-founder of Montreal) in 1642, the hospital is still in use today, making it the oldest hospital in Canada. Click here to see what it looks like nowadays.

In New France during the 17th and 18th centuries, illnesses were a part of daily life—even more so than today. Hospitals and doctors existed; often medical practitioners worked in conjunction with religious congregations to administer care for sick individuals. However, as you can imagine health care was much, much different back then. So what exactly happened if you were living in New France and got sick? END_OF_DOCUMENT_TOKEN_TO_BE_REPLACED 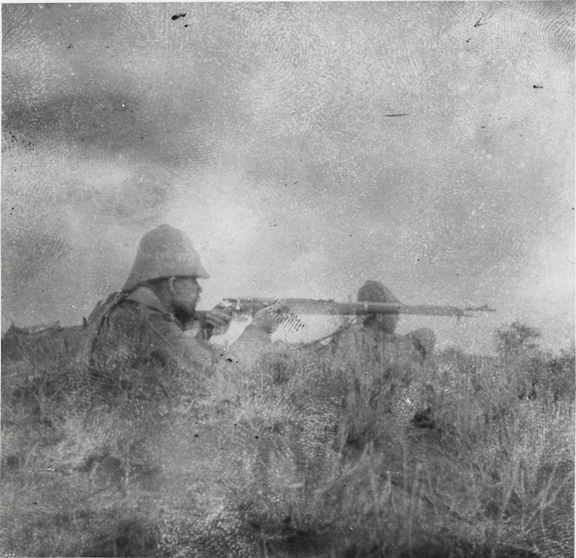 The Second Boer War (1899-1902), often simply referred to as the Boer War, was fought in the areas that would later become South Africa and Swaziland. The war saw the British Empire on one side and both the Boers of the Transvaal (the South African Republic) and Orange Free State on the other. Like the First Boer War (1880-1881), imperialism was at the heart of the conflict. However this time around, Britain won and they went on to annex both republics. As part of the British Empire both Canada and Newfoundland were involved. So how much of a role did Canada play in the Boer War? How did the general public view the conflict? Finally, why is it that most of us today have little-to-no knowledge of our involvement in the war? END_OF_DOCUMENT_TOKEN_TO_BE_REPLACED

Internment: The imprisonment or confinement of people without trial as individuals have not been charged with a crime. Often occurs during wartime or for political reasons and affects large groups of people.

The discussion of wartime internment in Canada is not exactly a popular topic. While I have touched upon the subject of the internment of Eastern European-Canadians in the past, I wanted to revisit the issue and expand upon it by looking at the experience of those interned in Canada during World War II. What were the major similarities and what were the differences? END_OF_DOCUMENT_TOKEN_TO_BE_REPLACED

Machine gunners of the Canadian Mackenzie-Papineau Battalion at the Battle of Belchite (1937).

It goes without saying that not all veterans are remembered, but it’s interesting to note which ones we choose to remember, and which to forget. When you think of Canada’s war dead, what comes to mind? Afghanistan? The World Wars? Maybe Korea? How about the Spanish Civil War? If thoughts about the latter have never really crossed your mind it is because little effort has been put towards maintaining the legacy of the 1500+ Canadians who participated in the 1936-1939 conflict. Those who died though are not even in Canada’s Book of Remembrance in Ottawa. This leads me to two questions: what was the extent of Canadian involvement in the Spanish Civil War and why have we forgotten these veterans?

END_OF_DOCUMENT_TOKEN_TO_BE_REPLACED

Originally, this exploration of historical Canadian fashion was going to be a one-time Research Q & A post. But when my brother and I started talking about the significance of fashion in Canada; how crucial the fur trade was to the colonization and economic development of New France, it was obvious that another blog series was needed. END_OF_DOCUMENT_TOKEN_TO_BE_REPLACED

At some point, I would like to trace my paternal family lineage back to the point of arrival in Canada. What I know is very murky. An ancestor left France for Quebec sometime in the 18th century. By the time the mid-19th century rolled around, my ancestors left Joliette, Quebec for the Penetanguishene/Port Severn area in Ontario. While there they got involved in logging—hence my interest in the 19th century lumber industry in Ontario. What was life like for those workers and their families?

END_OF_DOCUMENT_TOKEN_TO_BE_REPLACED

As stated in my previous blog post, to goal of the Filles du Roi was to help populate New France in order to strengthen France’s hold on the North American continent. Colonization came from the desire of European powers to expand their wealth, power, and influence. However, given that success in colonization was not guaranteed, colonies on the North American continent were, by and large, risky investment endeavors. In order for a colony to be profitable, it had to be able to stand on its own without assistance (be it financial or military-wise) from the motherland. The British were successful in this. The French, well… END_OF_DOCUMENT_TOKEN_TO_BE_REPLACED

Arrival of the Brides by Eleanor Fortescue-Brickdale (c. 1927)

If you were a French woman in the 17th century, packing your bags, uprooting your life, and sailing across the Atlantic Ocean to settle in the New World was probably last on your list of things to do. 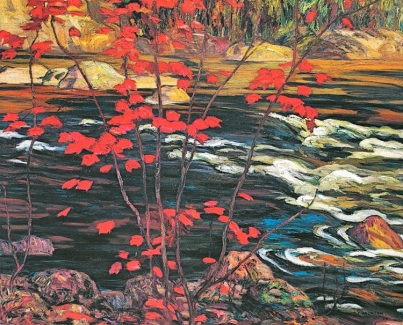 However, the academic side of me wants a more fleshed out answer—one that is not based on personal taste. The Group of Seven were certainly not the first Canadian painters, nor were they the first vocal nationalists. With this in mind, why are the Group of Seven so iconic in Canadian art? END_OF_DOCUMENT_TOKEN_TO_BE_REPLACED

First and foremost, I should explain that my knowledge of Canadian legal history is mediocre at best. For example, during a recent conversation about capital punishment, a friend asked me when the last hanging in Canada was. “Uhhh…I want to say the 1940s?” Turns out it was on December 11, 1962.

With this in mind, in addition to the fact that my workplace was a courthouse and jail (for over 100 years!)—I have a number of basic questions in regards to legal procedures in Ontario during the late 19th century. How were the court procedures during this time established and how similar were they to England’s? How would a criminal trial be set-up as opposed to a civil trial? Where would the lawyers, court-reporter, guards, and other court personnel sit? Where were prisoners kept before the trial? What did prisoners wear? Would they change for Court? Finally, why did trials reportedly take much less time than they do today? END_OF_DOCUMENT_TOKEN_TO_BE_REPLACED