October is Women’s History Month in Canada and instead of writing about the usual suspects, I thought I would take a look at the life of a lesser known female figure in Canadian history. Alice Freeman (1857-1936), better known as “Faith Fenton,” was a schoolteacher turned popular investigative journalist. Her life was pretty remarkable not just because Alice was one of Canada’s first female journalists but because she was one of the thousands who headed up to the Klondike in 1898–except she was looking for stories, not gold. END_OF_DOCUMENT_TOKEN_TO_BE_REPLACED

An Angus Reid poll found that 55% of Canadians are against renaming schools named after Sir John A. Macdonald. When it comes to statues however, 71% are open to the idea of relocating monuments to museums where they can be viewed in proper historical context. [Source]

I’m about two weeks late on all the buzz surrounding this topic, but oh well. I have been thinking a lot about representations of history throughout 2017; how we choose to commemorate the past, as well as the politics and implications that go along with this. It’s hard not to think about, what with the #Canada150 rhetoric in full swing throughout the first half of the year, along with all of the controversies around historical place names and statues both here and in the US. This post has to do with the latter. This is not an opinion piece, rather it is a collection of the many different opinions that have emerged from the debate on statues and place names honouring problematic figures from Canadian and American history. I leave it up to you to make up your own mind. END_OF_DOCUMENT_TOKEN_TO_BE_REPLACED 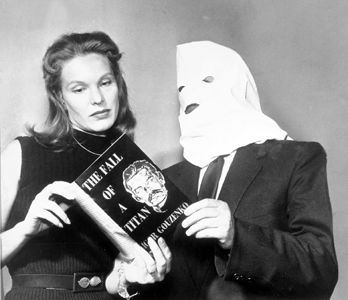 Igor Gouzenko during a television promotion of his book, The Fall of the Titan (1954)

Given the unfortunate global state of affairs we find ourselves in, a quote like, “It’s war. It’s Russia,” wouldn’t be entirely out of place today. However, these words were uttered by a young Russian man named Igor Gouzenko back in 1945. Less than a month after the end of World War II, Gouzenko defected to Canada and came forward with proof that the USSR was spying on its former wartime allies via a spy network operating in Canada. When the news became public it sparked an international affair which some argue marks the beginning of the Cold War. END_OF_DOCUMENT_TOKEN_TO_BE_REPLACED 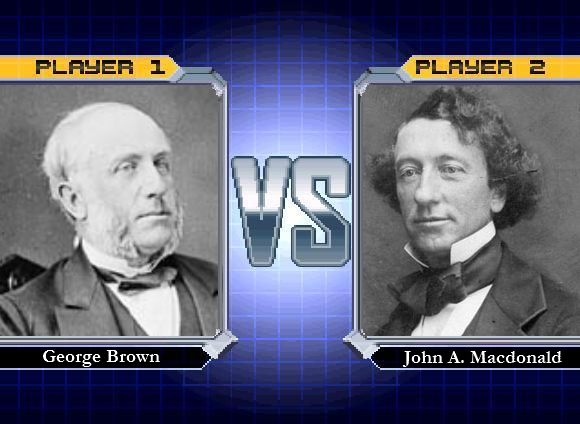 In the past for Sir John A. Macdonald’s birthday (January 11th), I have talked about the man himself and his complicated legacy as well as his friendship with Sir George Étienne Cartier. As such, it might not be much of a surprise that for this year I’m going to look at his arch-nemesis, George Brown. (I wish I could say I am being hyperbolic, but I’m not really. The two Fathers of Confederation hated one another). Despite their intense dislike of each other, the two were able to come together for Confederation purposes. How did this happen? Were they ever able to resolve their legendary feud? END_OF_DOCUMENT_TOKEN_TO_BE_REPLACED

Lt. Harcus Strachan, Fort Garry Horse, Dec 1917. Photo digitally colourized by Canadian Colour. Would you be able to charge towards machine gun fire on a horse with a sword as your only weapon like Strachan did?

On November 11th every year, we honour the millions of Canadians who have fought, served, and died in for their country over the past century. However, most stories don’t get told. Many acts of bravery and sacrifice are forgotten. That’s why for Remembrance Day this year I thought I would changes things up and share two veterans’ stories: Martha Morkin, a Nursing Sister from World War I and Harcus Strachan, a veteran of both world wars and a Victoria Cross recipient. Although (spoiler alert) both survived, their experiences exemplify the horrors of war and why working towards maintaining peace is never a fool’s cause. END_OF_DOCUMENT_TOKEN_TO_BE_REPLACED

Dr. Norman Bethune (c. 1938) was a tireless Canadian doctor and activist who remains a controversial humanitarian to this day. [Source]

Born in Gravenhurst, Ontario, Henry Norman Bethune (1890-1939) was a physician, surgeon, inventor, army officer, and during the last years of his life a strong supporter of communism. Difficult to get along with, impatient, and risk-taker in surgery, he alienated himself from the Canadian medical community. Ultimately though, it was these characteristics that led to his important medical work on the battlefield. He was the first to introduce mobile blood banks and his efforts during both the Spanish Civil War and the Second Sino-Japanese War are a part of his lasting legacy. Following his untimely (and slightly ironic) death, Dr. Bethune was elevated to icon status in China, making it fair to say he might just be better known there than in his home country. END_OF_DOCUMENT_TOKEN_TO_BE_REPLACED

Image from the book, The Peacemaker: Thanadelthur by David Alexander Robertson

In the early 18th century,  a young Chipewyan woman named Thanadelthur not only forged a peace agreement between the Chipewyans, (one of the major Dene groups), and the Cree people, but she was also was an translator, guide, and teacher for the Hudson’s Bay Company. Although her life was cut short, Thanadelthur’s strength and determination had a long-lasting impact and cemented her importance in early Canadian history. END_OF_DOCUMENT_TOKEN_TO_BE_REPLACED

This week we are shining the spotlight on Josiah Henson. He was a farmer, a preacher, an abolitionist, a community leader, a military officer, and an author. He also travelled 550+ miles to escape his life of slavery. That’s quite the resume, huh? END_OF_DOCUMENT_TOKEN_TO_BE_REPLACED 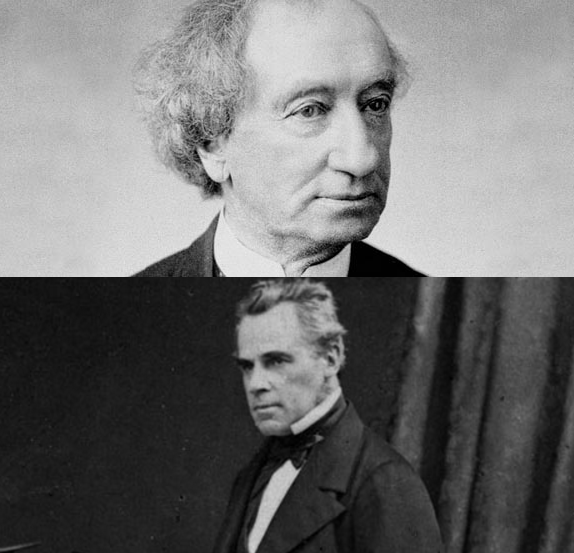 Yesterday was Sir John A. Macdonald’s 201st birthday. To mark the occasion, I thought I would explore his friendship with Sir George Étienne Cartier. The two were both Fathers of Confederation, but were once actually on opposing sides in Canadian politics for a period of time. So how did Macdonald and Cartier come together and how did their unlikely lifelong friendship impact the future of the country? END_OF_DOCUMENT_TOKEN_TO_BE_REPLACED

After a couple of somewhat negative, politically-charged posts I felt it was time for a happier one. As such, here’s the story of Mary Henry; an all-but-forgotten heroine from the War of 1812. There is not a lot of source material on her and sadly the above portrait is the only image we have of her, but Mary’s story is an example of the extraordinary things ordinary citizens do during times of war. END_OF_DOCUMENT_TOKEN_TO_BE_REPLACED